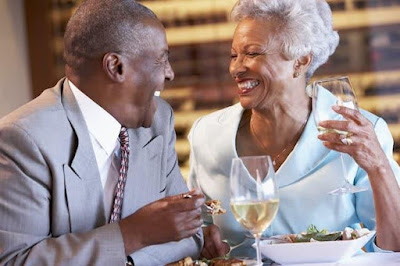 Just as a Living Trust has become an important part of financial planning, a reverse mortgage can play a role in generating extra revenue for retired seniors. Reverse mortgages have been arounds since 1961, and they’ve always been somewhat controversial. Yet a reverse mortgage can be a real difference-maker for seniors who need cash flow to supplement their retirement income.

In its simplest form, a reverse mortgage is a loan
Warning signs. A broker who:

Do your research if you’re considering a reverse mortgage: Look to HUD, FTCDon’t:A Living Trust is an important part of financial planning

A reverse mortgage lets you access the equity you’ve built up in your home. As a borrower, you get a tax-free advance on your own home equity. You can choose how you want to receive this advance—it can be a line of credit, fixed monthly payments or a lump sum.

For most reverse mortgages, you must use the proceeds to pay off your existing mortgage; the remainder of the loan comes due when you move, sell the house or die. Reverse mortgages are somewhat complicated, and they can be risky. Because the audience is older Americans, the industry seems to be populated with more than its share of scammers who can’t wait to take advantage of older homeowners.

While a reverse mortgage can be an important source of income for many seniors, a Living Trust is a critical part of financial planning. Our Trust package includes a Power of Attorney, an Advance Healthcare Directive and a Will. We guide you through the process and we prepare the legal documents. Schedule an appointment with Guideway today.

Probate: A Story of Greed and Conflict 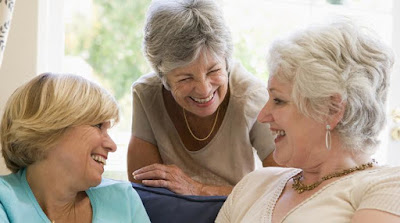 Covid-19 has left many families grieving the sudden loss of their loved ones. As Guideway assists them in probating their estates, we’re sensitive to the painful loss of family members. In a best-case scenario, the Probate is uncontested by the surviving family members, the Executor settles the estate and it’s divided evenly among the surviving family. But in families where there are resentments and conflicts, the Probate process can be contested and it becomes more complex, as in the following story.

Father divided his estate equally among his three daughters

Dr. Johnson had lived a long, happy life. After his wife died, he modified his Will to make sure that each of his three daughters received an equal share of his estate—a palatial home, a Tahoe house and several luxury cars. As Dr. Johnson became more frail, his daughter Sarah and her husband, Bob, moved in to take care of her father. Her sisters helped occasionally, but Sarah and Bob were the primary caregivers. When their father died, the estate went into Probate, with Sarah named as the Executor.

Sarah’s husband Bob believed that she deserved a larger portion of the estate because she had cared for their father for nearly eight years. Bob wanted to inherit the massive home in which they had been living in as they cared for Sarah’s dad. He also felt entitled to the cars and the Tahoe house. Sarah became caught up in the greed and ultimately began fighting for a larger share.

Sarah and Bob contested the Will; and a long, expensive legal battle caused a major rift among Sarah and her sisters. The case was finally settled with some concessions for Sarah and her years of caring for her father. The relationship among the sisters likely will never be the same.

As part of Probate, the Court appoints an Executor to settle the estate, and Guideway works with that Executor throughout the Probate process.

The Executor is responsible for:

The Executor will be able to gain access to all of the decedent’s records–bank statements, savings accounts and income tax returns–to fully understand the financial landscape. This may include valuing assets, taking physical custody of assets and selling assets, as necessary, to pay off debts or expenses.

During Probate, the deceased’s estate becomes a separate tax entity. The Executor must obtain a federal tax identification number and open a bank account in the name of the estate from which to pay creditors. It is also necessary to file the estate’s tax return and a final individual tax return.

Once all taxes and debts have been satisfied, the Court will then distribute any remaining assets according to state law. In California, as in most states, the first priority is given to the deceased’s spouse, followed by the deceased’s children.

How could this family conflict have been avoided?

Dr. Johnson could have:

Dr. Johnson could have saved his family a lot of grief if he had created a Living Trust

In this way, his daughters could have avoided Probate altogether. Sarah and Bob, however, still could have contested this agreement.

As the uncertainty of the Covid crisis drags on, many of our clients are scheduling appointments to create or update their Living Trusts. Our Trust package includes a Pour Over Will. For those families with children under 18, this means that they can name a Guardian rather than having the court appoint one for them. A Trust, with a Power of Attorney and Advance Healthcare Directive are providing peace of mind to many. Best of all, we guide you through it and we prepare the legal documents. Schedule an appointment with Guideway today.

Posted by Guideway at 5:01 PM No comments: