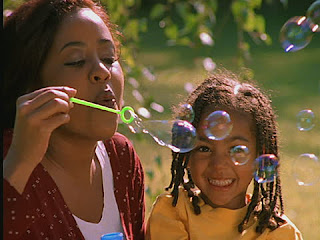 A woman came into our Walnut Creek office because she simply wanted to get divorced. She had begun divorce proceedings many months before with a divorce attorney who had come highly recommended, but she was frustrated with the process, the delay and the mounting costs.


She had to constantly remind him to file documents and he became very impatient with her requests for explanations of the divorce proceedings and expectations. A charge of more than $1,000 for a series of email exchanges full of legalese that did nothing to detail her husband’s support obligations was the final straw. When she couldn’t get hold of her attorney for more than two weeks because he was busy with more important cases, she knew it was time to find a better solution.

California Document Preparers showed up on the first page of her search engine results page, she began reading testimonials from the many satisfied clients and called to schedule an appointment with Caitlyn, one of the family law specialists in our Walnut Creek office.

No wonder this client was frustrated

Hers was a relatively simple, uncontested divorce. She and her husband were still on fairly good terms and were in agreement about division of property and a parenting plan for their small daughter. The experience with her attorney had convinced her that he wasn’t really interested in a simple divorce such as theirs. He kept looking for reasons to create animosity and take their case to court; as the case dragged on, the fees kept mounting.

What a different experience working with Caitlyn

“Caitlyn explained my options, and it all began to make sense. I was regularly in touch with Caitlyn as she patiently guided me through paperwork and the divorce process. She is smart, efficient and explained everything so I could understand. Best of all, California Document Preparers charges one flat fee. My divorce is finally over–just three months after I began working with Caitlyn. She did more work for me than my attorney–at 1/20th of the fee.”

Divorce is never easy, but we prepare the legal documents, notarize and file them. Clients tell us they’re surprised at just how easy it was! Best of all, we’re there for you every step of the way. Make an appointment today to get started on your Divorce.
Posted by Guideway at 1:04 PM No comments: 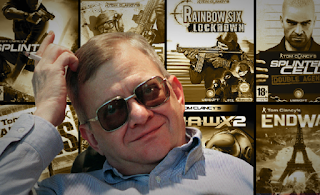 Tom Clancy died in August of heart failure. Just 66, he left behind a huge body of work, and most of us remember him for his books and the movies they spawned, including The Hunt for Red October and Patriot Games. He left behind a family, a fortune and an estate battle, but the struggle between his widow and four adult children over his $86M estate is now over. Maryland’s highest court ruled about a key clause in the codicil to Clancy’s Will, and the ruling was a decisive victory for Clancy’s widow.

One of the best-selling authors of all time, it’s ironic that the fight boiled down to an interpretation of a clause in his estate-planning documents that was written in an unclear manner.
The dispute centered around a provision in Clancy’s second codicil (amendment) to his Will. The Will, signed in 2007, divided Clancy’s assets into three Trusts:
Just weeks before he died, Clancy signed the codicil, which included this key sentence: “No asset or proceeds of any assets shall be included in the Marital Share of the Nonexempt Family Residuary Trust as to which a marital deduction would not be allowed if included.”

Four justices sided with the widow

Maryland’s court was closely divided about what this language meant. The four who ruled in favor of Clancy’s widow believed that this clause meant that all estate taxes from Clancy’s Estate would have to be paid by the children’s Trust, not the Trusts containing her money, because that was the only way to fully protect the marital deduction to federal estate-tax laws.

These justices felt that the children should only pay one-half the tax bill, not all of it, and this clause did not alter the outcome. They felt that Clancy wanted to protect the marital deduction but not to increase it at the expense of what his children would inherit.
Interestingly, the lawyer who drafted the codicil initially acted as executor of Tom Clancy’s estate, and he sided with the children. This suggests that the language was intended to apply as the children contended, yet the law isn’t about intentions, but what the documents actually say.

What does this mean for Tom Clancy’s heirs?

The four children now have to pay the IRS estate tax bill of almost $12M. If they’d won, the total tax bill would have been closer to $16M, but they would have been able to split it with one of the Trusts set up for Clancy’s widow. The results: they lost $8M, and the IRS lost out on $4M.

A strange irony for a writer

A loss of $8M for Clancy’s adult children, two years’ worth of litigation and who knows how much money in legal fees. And it all would have been avoided if the language had been more clear.

The wording of your estate-planning documents is what matters, not your intentions. While most of us, unfortunately, don’t have $86M estates over which our heirs will haggle, battles like this occur on a regular basis across the country. Make sure all of your assets are accounted for; read your documents carefully; understand what everything means before signing.
Still putting off your Living Trust? We prepare the legal documents and notarize them–most of our clients tell us they’re surprised at just how easy it was! Make an appointment today to get started on your Trust.
Posted by Guideway at 9:16 AM No comments: 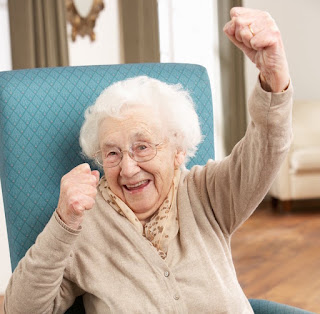 When it comes to the matter of distributing someone’s assets after he/she dies, funny things happen–even in the best of families. The reality is that when there is money involved–assets, property and valuable belongings–greed often rears its head. In some cases, it’s the aggressive sister and her greedy husband who are the troublemakers. But just as often, someone else entirely thinks he or she deserves the biggest share of their parent’s estate.


In our Oakland office, one of our clients entertained our team with what is ultimately a very funny story about his grandmother and the greedy relatives who were hoping to inherit their share of their grandmother’s modest estate.

He had always been close to his grandmother

Our client’s grandmother had helped raise him, and she had always been loving and supportive. They had remained very close, and it was his turn to care for her in the final years of her life. He had helped her create her Living Trust and he had Power of Attorney, paid her bills, took her to her doctor appointments, checked in with her most days and spent as much time with her as he could. In turn, she left most of her modest estate to him.

This grandmother was a hoarder

We probably all know a few people like this kind grandmother—she grew up during the depression, and she never forgot those difficult times, so she saved/repurposed everyday items. Cottage cheese cartons were her Tupperware containers, empty bread sacks with their little plastic closures became her Ziploc bags. She lived alone in her later years, and her cupboards, drawers, attic and garage became stuffed with the containers and other paraphernalia that she was saving to repurpose for some other use—things that should have long ago been recycled or gone to a landfill.
Grandma was tough, independent and resilient, but old age finally caught up with her, and at 93, she knew she didn’t have long to live. Assorted family members gathered around her, most of whom hadn’t bothered to call, write or stop in to see her in years. She slyly told everyone that there was a large amount of money hidden in her house. The result? The house and all of its bags and empty containers was cleaned out in record time. Our client, who was her caretaker, knew that there was no fortune, but took great pleasure in watching his greedy family members clean out the house as they searched for the money, each hoping to be the one who uncovered the hidden riches. Grandmother enjoyed her little joke enormously and got the last laugh.

There is a moral to this story

People tend to move real property, brokerage accounts, life insurance policies and other big-ticket items into their Living Trusts. But in all too many cases, smaller items are not accounted for. And it’s these items that can cause family conflicts. Many of these items have monetary value, but often it’s the sentimental value that makes them just as coveted. The more detail you provide as you create your Living Trust, the less dissension there will be for your family.

Are you still thinking about creating a Living Trust in 2016?

There’s still time. The California Document Preparers team can help you. Call today to schedule an appointment.
Posted by Guideway at 9:58 AM No comments: