Trending: A Return to Our Rural Roots 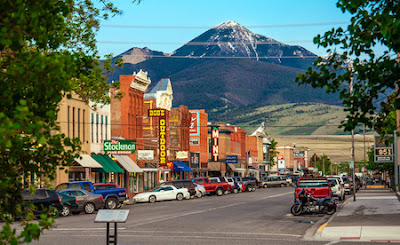 Those of us who grew up in small towns understand the ritual of leaving home to pursue our dreams on a bigger, more exciting stage. But sociologists are tracking a new trend. According to a New York Times article, people are returning to their roots–often to those small towns that they couldn’t wait to leave.

The model is changing: Rural life has become more desirable

Our big cities, including  New York City, San Francisco and Los Angeles, are experiencing declining populations—largely because they’ve priced themselves out of the market. But there’s more going on that suggests a national, cross-generational homecoming. Last year, Gallup found that while roughly 80% of us live in urban areas, rural life was really what most people wanted.

A 2018 study by NPR, the Robert Wood Johnson Foundation and the Harvard T.H. Chan School of Public Health reported that in spite of economic and health concerns, most rural Americans are pretty happy and hopeful.

For rural adults, their lives came out better than they expected

A majority said they were better off financially than their parents at the same age and thought their kids would likewise ascend. As for cultural woes, those under age 50, as well as people of color, showed notably higher acknowledgment of discrimination and commitment to social progress.

University of Minnesota researcher Ben Winchester is now identifying a brain gain in rural America. Mr. Winchester found that from 2000 to 2010, most rural Minnesota counties gained early-career to mid-career residents with ample socioeconomic assets. A third of them are returning, while the rest are new recruits. It’s a longing to return to a simpler, safer, less frenetic way of life. Each has a story of departure, longing and return.

The demographics of this exodus span cultures and race

They are black women missing their families in the rural South, Muslim women organizing workers in meatpacking towns on the plains, young gay men hoping to return to their small-town roots. This is rural America–a place rife with problems yet an increasing diversity, vibrancy and cross-cultural camaraderie.

Political scientist Veronica Womack described the metaphorical significance of her black students at Georgia College considering work in agriculture. “It’s come full circle,” Dr. Womack said. “When our ancestors were made free, land was their pursuit.” So when she says her students are coming home, she explained, she means that they have realized that farming is a “vehicle that I can use to be free.”

There’s a prairie trend of young people, drawn by family ties and affordable entrepreneurship, returning to rural and small-town homes after college graduation. They’re opening restaurants or starting small, unconventional farming operations. One college senior founded a direct-to-consumer beef company in Nebraska and sold $52,000 worth of meat in nine months.

The concept of “home” is subjective

My mom grew up in a small town in Ohio. We lived in Washington state, but every fall, as the leaves began to turn, my mom would tell us how homesick she was–she missed the brilliant fall colors of a small Ohio town. Home for my mom was always Ohio. It’s not surprising that my mom chose another small town to raise her family—this is where my brothers and I grew up. But I couldn’t wait to go away to college and begin tasting the world outside of that bubble. I’ve traveled all over the world, lived in big sprawling cities, and now I’ve returned to my roots, living and thriving in a small town once again. As our lives become more complicated, this kind of lifestyle change is increasingly attractive to those seeking a better quality of life, a safer place to raise their children.

Living with the uncertainty of the coronavirus

With COVID, the cities’ high rents and job losses have played a big part in the urban exodus. We’re all aware of increased anxiety levels as we strive to keep our families safe. Here at CDP, we’re seeing more Living Trust clients. They range from young couples with children to old people wanting to update their existing Trusts. It’s providing peace of mind at a time when we’re all feeling vulnerable.

Our Living Trust package includes a Power of Attorney and an Advance Healthcare Directive. In our Pour Over Will, make sure there is a plan for who would care for your children and pets if you are rushed to the hospital. We guide you through this, and we prepare the legal documents. At California Document Preparers, for most of our services, we charge one flat fee.

This article is based on a New York Times story by Sarah Smarsh.